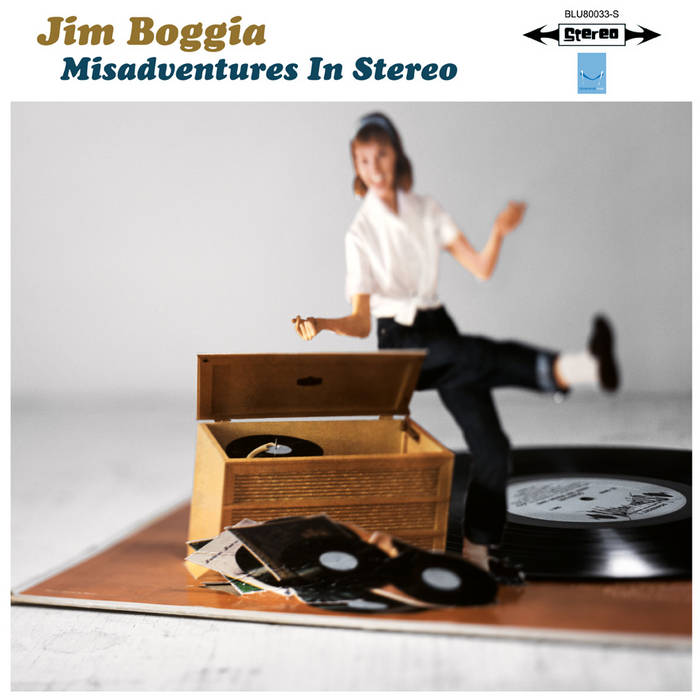 For those who like to sing along, jim.boggia.com has lyrics and so much more. For those who would like to make sense of the things mentioned in the credits that have left them baffled, may I suggest Google.

Questions asked during the making of this record:
Should we use a click? Is this tuning okay or should I plug in the tuner? What's that noise? Are you sure it's not too much hiss? Jim, do you want me to fix that punch? Does this smell funny to you? Who wants eggs?

Answers:
God no. The tuning is fine. That's tape hiss. Positive. Absolutely not. Ew, yes - get that away from me! I'll have some.

All songs written by Jim Boggia and published by scrApple Music Publishing/bluhammock Publishing LLC (ASCAP), except 'Chalk One Up for Albert's Side' written with Tony Asher (Soulhouse Music/BMI) and 'On Your Birthday' written with David Poe (Charming Martyr/BMI). 'I Love Her, She Loves Me' (excerpted in 'Listening to NRBQ') written by Joey Spampinato.

Mastered by Steve Rooke at Abbey Road Studios - London, England on my birthday. Special thanks to Scott Bricklin for his impeccable assistance during mastering.

Cover photo by Thomas Allen. Inside jacket and back cover photos by Laura Crosta (who, I was delighted to find out, has a brand new pair of roller skates). I "designed" (and I use that term loosely, even AFTER adding the quotes) the collage of pictorial misadventure with able assistance from Josh Werblun. Photos in the collage by me, Emily Chatton, Mary O'Neill, Lisa Schaffer, Tom North, I would think my mom, I'm guessing Emily's mom, I suspect Phil Sullivan (we all do really, but no one can ever prove anything) and possibly others. The collage within the collage and the painting of the monkey shown in the inside jacket and back cover photos by Emily Chatton. Layout by Evan Smith.

And Paul would like to thank Linda
and Linda would love to thank Paul
and thanx Denny.

The original email sent out to promote the album:

What can I say? A week from today it's finally here - 'Misadventures in Stereo' hits shelves both virtual and real.

This record took a while (I will pause as you all make a snarky comment along the lines of "what else is new?" Is this really the time for that kind of attitude?). It wasn't so much a matter of a long time in the studio as it was a long time waiting to have the right songs, the right places to record, the right musicians and the right frame of mind to make something I would be excited about. I'm happy to say that, at the very least, I feel like the wait was worth it.

I'll be posting stuff about the songs, musicians and sessions (and mastering at Abbey Road!) on the blog in the days to come, but the main point is:

I'm really excited for you to hear it.

So, next Tuesday, you can fire up your computer and head on over to iTunes and get the sounds.

Or, for those of you who like to have a bit of a visual experience to go with your aural consumption, you may want to go to Amazon.com to purchase what could be the last CD you'll ever buy. I have to say I'm really pleased with the artwork this time around and the CD contains my usual unusual version of liner notes, a new literary form I'm now referring to as the "Liner Novella", so you really might want to own more than just "files".

And if you're feeling really 1990s, the CD will be in many of the few independent record stores we have left. I actually highly encourage you to seek it out in one of these places and help support people who are really getting squeezed and have absolutely no other reason to still be in the business other than their love of music.

This music is NOT available at Wal-Mart or any of the other big boxes that don't give a toss about music or music lovers - screw 'em.

I hope you all love the record as much as I do.

MISADVENTURES IN STEREO
Side One - My Misadventures:
Johnnie's Going Down
To and Fro
No Way Out
So Nothing's Changed

Side Two - Other People's Misadventures:
8Track
Listening to NRBQ
Chalk One Up for Albert's Side
On Your Birthday
Three Weeks Shy